Should Cleveland College Students Invest In The Market Or Pay Off Student Loans Early? 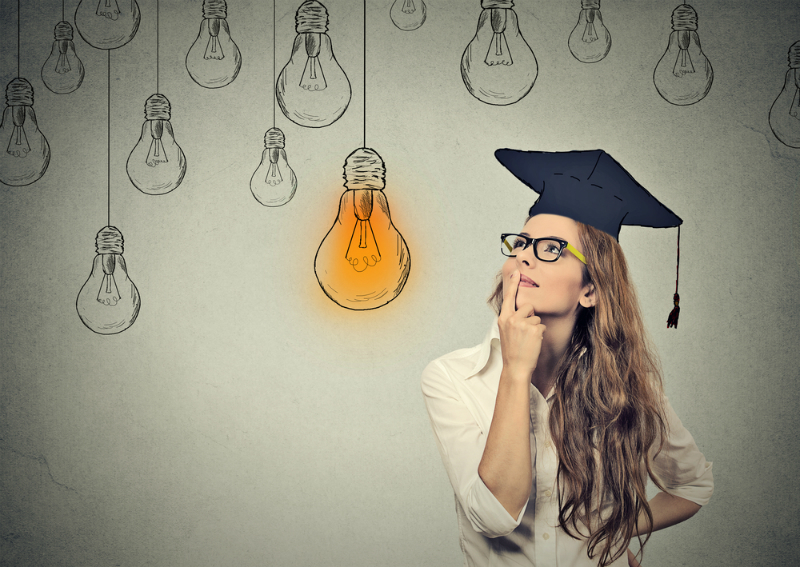 As a general rule, most debt isn’t helpful to you. In fact, I could probably state that more clearly: debt can be a massive load on your financial future.

And, of course, that is especially true of student loans.

Now, much can be written about the explosion of student loan debt over the last decade (and has), but today I wanted to posit an idea to you if you carry these kinds of loans. It’s perhaps a “dangerous” idea, but it is the kind of financial thinking that, when followed, can build habits of wise investment and careful risk-taking that often mark a wealthy, successful life.

But before I get there, a quick follow-up to my note from last week.

I wrote about optimizing our mental machine, and keeping clear of the dogmatic opinion-sharing so prevalent on social media and outlet media.

But I’m also reminded of that old Abraham Lincoln quote: The mind is like a parachute; it functions best when open.

In their excellent book, Think Like a Freak, best-selling “Freakonomics” authors Steven Levitt and Stephen Dubner wrote about the rising phenomenon of dogmatism — and how it significantly hampers our ability to see solutions to problems very clearly.

In my opinion, there are many serious problems in our culture. Many people are being abused, repressed and victimized. Even in Cleveland.

But shouting, lecturing, militarizing and browbeating won’t get us there. While social media can certainly play an important hand in bringing attention to, and opening dialogue on, some of these situations and issues, let’s be careful to maintain a tone with one another that is respectful and open to the validities in others’ thoughts.

In other words, let’s all pour a small bucket of ice water over our heads around some of our cultural hot topics — and be sure we’re listening first and speaking last, shall we? Myself included, for sure.

Should Cleveland College Students Invest In The Market Or Pay Off Student Loans Early?

“Go confidently in the direction of your dreams. Live the life you have imagined.” – Henry David Thoreau

The media is certainly good for this: bringing awareness to the rising, crushing wave of student debt. In fact, the average student in the Class of 2016 has $37,172 in student loan debt. And while this is a big number, it doesn’t have to cripple your financial future.

In fact, some students from Cleveland may be better off not taking their parents’ advice on how to get out of debt. Because unlike many other forms of debt, student loans are usually best when paid as slowly as possible.

Yes, as I said previously, almost all debt is bad. But, there are two areas in which this general rule is not as hard-and-fast: home mortgages and student loans. Wise financial stewards can, in fact, use these types of debt to their advantage.

Graduated students are often told that they need to pay off student loans early so that they can start building real wealth. Make extra payments, and the process accelerates. So, is that always the best strategy?

Well, it depends. You see, if you’re careful, you can take advantage of a financial principle that can help you make later financial decisions: “the spread”.

You see, the lower the rate of interest on your loan and the higher the average market return (as now, when the market is, in fact providing excellent returns), the more it makes sense to invest your extra dollars instead of paying down on your loan. The difference between a debt and investment rate is known as the “spread.” for example, if market rate of return is 11% and the interest on your student loan is 4%, then, the “spread” is 7% (11% minus 4%).

Let’s look at this in the real world. Madison and Tim each have $20,000 in student loans which are to be paid over 10 years at 4% interest. Tim pays his monthly payments of $202 plus an extra payment of $100 extra so he can clear that debt ASAP. Which, because he makes those extra payments, he’s out of debt in six years, instead of ten. No more debt now, and Tim actually invests the full $302 per month that he had been putting towards his debt. Ten years after graduating, Tim has paid off his school debt and his investments have grown to $16,728.

Madison does it differently. Instead of paying extra on her loans, Madison pays only the minimum amount of $202. And now, she ALSO puts $100 per month (that she could have used to make extra payments) and she wisely invests it. She does this for ten years. But, when you look at the math, her investments have grown to $21,700, beating Tim’s return by $4,972.

I’ve written before about “the time value of money”, and this is a sterling example. That’s because, in Madison’s case, instead of making extra payments as Tim did, she invested her money for a longer period of time. Tim’s four years of investment (even with a larger sum), can’t beat Madison’s TEN years of (smaller) investments, because she harnessed the power of compounding interest.

Oh, and there is one additional reason students might consider this: Student loan interest, like home mortgage interest, is still tax deductible (which of course, you KNOW I love). Even under the new tax law, there is a tax deduction of up to $2,500 for student loan interest (as long as you meet some basic requirements). The tax code is, in effect, helping to subsidize the cost of your loan. The faster you pay down principle, the faster you lose your tax deduction, which is one more reason that paying just the minimum may be the best option for some. And, with the savings from your tax deduction, you have more money to invest at higher rates of return.

So, yes, this is a “dangerous” strategy. And you should look at the numbers for YOUR situation. The smaller the spread between your loan interest rate and the average market return, the less appealing this strategy becomes.

Plus, there are other important cases to be made, of course, for working to be debt-free as quickly as possible, especially from a mental standpoint.

Here’s the critical component of this strategy: you must save and invest your money. If you don’t invest the extra money (and you simply spend it), you would have obviously been better off putting your extra dollars toward the repayment of your loan.

So, consider this carefully. Research your loans, your rates. Make sure you have an emergency fund, don’t get saddled by credit card debt, and make sure you are handling other financial basics.

But remember: one of the greatest strategies to building wealth is TIME. Start investing as early as possible, do it smart … and don’t get scared by “conventional wisdom”.

And, as always, my team and I are here to help. Thanks for listening.